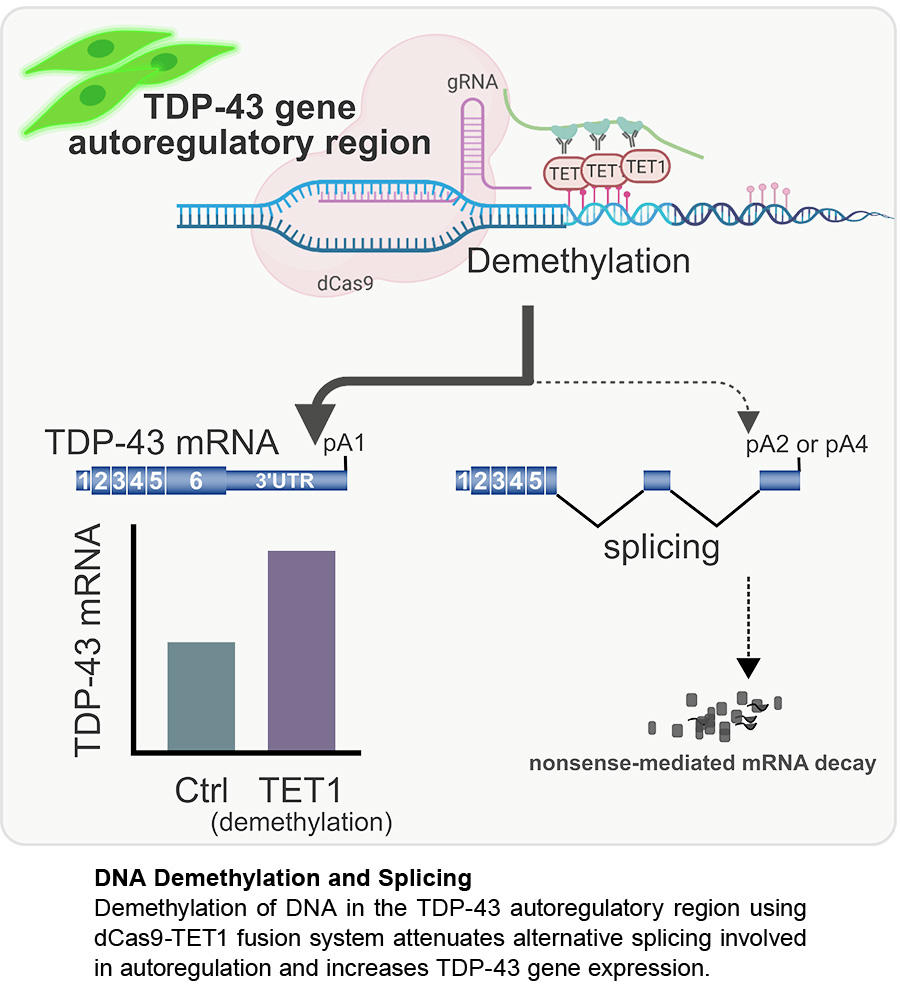 Amyotrophic lateral sclerosis (ALS) is an intractable neurological disease. Aging is a risk factor for the accumulation of TDP-43 (transduction responsive region DNA-binding protein of 43kDa) in the motor cortex. TDP-43 is a protein that tends to accumulate in increasing amounts, and the amount is strictly controlled by the splicing of TDP-43. Through cell experiments and analysis of human brain tissue, researchers at Brain Research Institute, Niigata University, led by Akihiro Sugai, M.D., Ph.D., have found that methylation of TDP-43 DNA is involved in the background of motor cortex involvement with aging in ALS.

"It's been a big mystery why TDP-43 selectively accumulates in the motor cortex as we get older in ALS. TDP-43 accumulates when its amount increases. However, TDP-43 itself is expressed in all cells, and the amount of TDP-43 in a cell is maintained at a strictly constant level through splicing," says Osamu Onodera, M.D., Ph.D., director at Brain Research Institute, Niigata University. "Many neurological diseases, including ALS, have 'aging' as a risk factor. DNA methylation modifications, which shape tissue specificity, are also affected by aging, which in turn affects splicing. This is why we focused on methylation at the regulatory site of the TDP-43 gene." 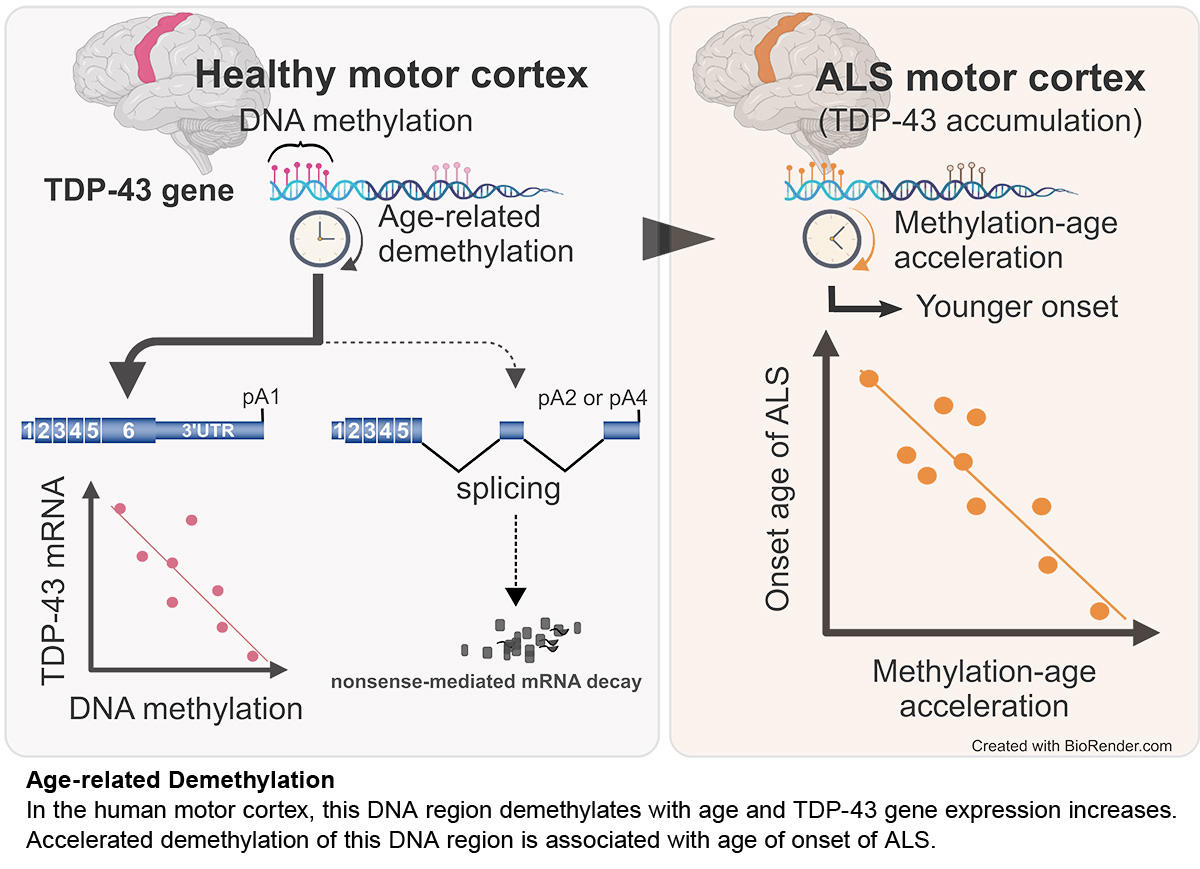 The researchers selectively demethylated the DNA region involved in the TDP-43 regulatory mechanism in the cell experiment. As a result, they revealed that the demethylation of this DNA region increases the TDP-43 gene expression levels. Next, they analyzed the DNA methylation status in the TDP-43 regulatory region using human brain tissues, which showed the demethylation with aging and the increase in the TDP-43 gene expression levels in the motor cortex. Furthermore, based on the estimation of the 'biological age' from the degree of DNA demethylation, they found that in the motor cortex with ALS, the biological age associate with the younger age of onset.

"Regulation of methylation in the regulatory region of TDP-43 may provide a new therapeutic approach for ALS. Tissue-specific, age-related accumulation of specific proteins is a common feature of many neurodegenerative diseases, such as Alzheimer's disease and Parkinson's disease. Tissue-specific, age-related methylation changes in disease-associated genes may play a role in other neurodegenerative diseases as well."