Brain Research Institute, Niigata University was established in 1967 as the first affiliated research institute of the national universities in Japan on brain and related fields for the purpose of studying the principles and application of brain and its diseases. 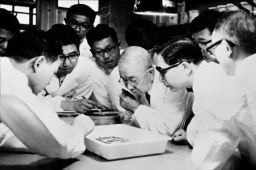 Brain Research Institute has its roots in Niigata Society for Neuroscience Research established in 1938.

The research group provided a platform for information exchange to basic medical scientists and clinical practitioners who both have strong interest in neuroscience at the time, and raised motivation for joint research.

The group was eventually acknowledged its solid performance in on-campus joint research, the national government gave approval to the establishment of Research Facility of Neurosurgery at Niigata University Medical School in 1957. While there were already brain research facilities at other universities at the time, Niigata University was expected to establish a facility giving an emphasis on clinical practice.

The first faculty in the newly-founded Research Facility of Neurosurgery at Niigata University Medical School was Neurophysiology, followed by Morphology in 1958, Neurochemistry in 1961, Neurosurgery in 1962 (shifted from Surgery II, School of Medicine) and Neurology in 1964.

Also, two clinical departments were added to Niigata University Hospital: Neurosurgery in 1963 (shifted from Surgery II) and Neurology in 1965.

All faculties of the facility involved in training medical students in their respective fields of specialization. The faculties also taught and supervised the research of graduate students from the Graduate School of Medical and Dental Sciences. The two clinical departments provided clinical education and practice to medical and research students.

As each faculty collaborates on research activities with researchers from medical school, particularly in collaboration between basic neuroscience and clinical neuroscience, a wide range of joint research projects were carried out on epilepsy, brain tumor, physiology of hearing, brain edema, brain plasticity and so forth.

The five existing faculties remained in the institute while Faculty of Morphology was renamed into Neuropathology.

The institute subsequently expanded to include Faculty of Neuropharmacology (1970), a new Brain Disorder Specimen Center (1971), Faculty of Experimental Neuropathology (1973), and Faculty of Neurobiology (Visiting Professor Program, 1984), boasting a total of eight faculties and one center.

As BRI developed, the research fields became diverse and the findings were assuredly accumulated. The research projects focused on determining the etiology of Minamata disease and SMON (subacute myelo-optico-neuropathy), and on brain death and diagnosis of brain death are especially the important achievements that BRI has contributed to various treatment methods and to society in general.

In recent years, BRI has extensively conducted a number of molecular biological researches employing genetic engineering and has made cutting-edge contributions in the field of the structure and function of excitatory amino acid receptors and the pathology of brain-specific proteins and of genetic neurological disorders in particular. 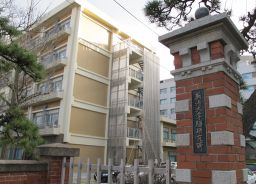 BRI responds to the current global transformation and progress in neuroscience research, as well as to the specific social needs for developing new treatments of the exploding number of patients with dementia and other brain diseases.

In April 2002, Brain Disorder Analysis Center was transformed into two centers: Center of Integrated Human Brain Science (CIHBS) and Center for Bioresource-based Researches. The former sets a principal goal to study human higher brain functions using non-invasive technologies such as MRI. The latter was merged with Genetic Research Facility of Niigata University and Animal Testing Facility, School of Medicine and holds a comprehensive collection of scientific materials including neuropathological specimens, animal models and genomic data base for boosting related research.

From incorporation to present

To be responsive to the new trend, BRI has carried out organizational change in April 2006, aiming at increasing mobility of research personnel and enhancing individual autonomy of young investigators. While the existing structure of three departments and two affiliated centers remained the same, both Dept. of Molecular Neuropathology in Pathological Neuroscience Branch and Dept. Bioinformatics in CIHBS were transformed into Dept. of Digital Pathology and Dept. of Digital Medicine respectively. Also, three branches at Center for Bioresource-based Researches was reorganized into two branches: Bioresource Science Branch and Brain Science Branch. Dept. of Project Programs was set up in the latter branch.